The VIFF may have ended two weeks ago but that won’t stop me from writing reviews of what I saw. Especially since most will be released more widely in the future. 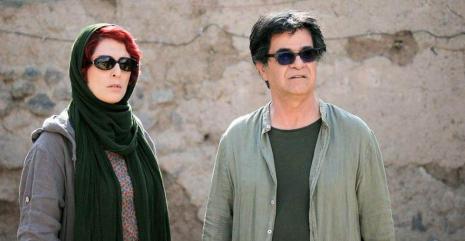 3 Faces is about a search for a young woman who may have committed suicide. And the village she comes from.

With the VIFF, I have a good chance of seeing a wide variety of film from around the world. Earlier on, I had the good fortune to see the Iranian film 3 Faces. It appears slow, but says a lot.

The film opens with a young woman, Marziyeh, shooting a selfie-style video with her smartphone. She is in tears. She says her family will not accept her desire to become an actress and they demand she marries a man she does not love. She then appears to hang herself as the phone drops to the ground.

Later we see two people in a car. They are director Jafar Panahi and actress Behnaz Jafari. Panahi was the first one to receive the disturbing video which he was told came from a friend and then forwarded it to Jafari. Jafari doesn’t know whether to feel guilt over her death or believe that this whole video is a fake. Both drive over to her home village, a Turkish-Azeri speaking village, to find out the truth. They first want to search the village and then search the nearby cave where they believe the suicide would most likely happen.

As they drive, they get a good sense of the traditional mindset of the people that live there. There are some younger people who recognize the two and are in love with their movies. The more traditional people tell a bigger story. In one case, they see an old woman settling herself in her pre-dug grave with a lamp to keep snakes away from her for the ‘bad’ she believes she did. Another older villager insists Behnaz take tea with her and he gives her his eldest son’s circumcised foreskin as a talisman. Along the way, they come across a bull on the road lying there because his leg is broken. The owner says the bull cannot be killed because he is a ‘stud bull’ who once impregnated 10 cows in one night.

Then it happens. They come to the house of Marziyeh and her family. A lot of younger people are excited to meet the actor-director pair, but they know nothing of what happened to Marziyeh. She has been missing for three days. Then out of nowhere comes Marziyeh. She’s alive, but Behnaz is infuriated for her sending that ‘lie of a video.’ Marziyeh insisted that the video was a plea for help. If her family found out the truth, her brother would kill her. Behnaz reluctantly accepts Marziyeh and allows her to come into the car. During the ride back to the highway, Behnaz gets a phone call. It’s from Shahrazade: an actress and dancer Jafar worked with years ago. Shahrazade says she’s bitter about the way the directors treated her and now lives as a recluse writing poetry and painting landscapes. The film ends with the car stopped halfway down the road and the two women– Behnaz and Marziyeh — walking together.

The film may be slow and not too heavy on the drama, but it tells a lot. As many would know, Iran is going through a very restrictive regime. Even though it’s a democracy, religious law is still hard-lined. One can get a sense on how limited the roles of women are in a country like Iran. However Panahi takes it one step further as he focuses on a village in Northern Iran which is close to the borders of either Turkey or Azerbaijan. In fact Panahi comes from the Iranian province of East Azerbaijan. He gives a good sense of the traditional, even superstitious, mindsets of the people. The village people appear good hearty people who have good souls despite their superstitions appearing strange. However it’s Marziyeh who best can demonstrate the ugly side of it all. Marziyeh, a young woman with ambitions, does not fit in well. Especially since her village has desires for how a woman should live.

Mind you the film isn’t just about women in small remote villages in Iran. There’s also that phone call from Shahrazade. She was infuriated how male directors have treated her on the set so she decides to go her own direction, even if it means becoming a recluse. I think that film says a lot of how women are treated all over Iran. That scene where Panahi walks off with Marziyeh is possibly intended to speak a message about women choosing their own direction. Maybe Jafari is admitting his own mistreatment of women too.

Jafar Panahi is taking a big risk with this film. Actually his whole career as a filmmaker has been a big risk. Panahi’s films have upset the government of Iran because it either defies the strict Islamic conventions the Iranian government expects him to follow or they feel the films depict Iran in a negative manner. Whatever the reason, Panahi has been arrested and sentenced in 2010 to six years in prison for ‘propaganda against his country.’ On top of that, he was given a twenty-year ban on filmmaking from the Iranian government. The six-year prison sentence was reduced to three months due to international pressure spawned from a wide ‘freedom of speech’ campaign. His filmmaking ban is still in effect and 3 Faces is the fourth film he’s made under the ban. According to IMDB, this film was filmed in Tehran. No doubt if the Iranian government saw this, they would be infuriated. Especially since it makes the country’s treatment of women look bad. When I saw the film during the VIFF, I saw a lot of Iranian immigrants in the audience. I’m sure there were a lot of people, especially women, who share the same sentiments in the film.

The film Panahi acts, directs and co-writes with Nader Saeivar is a slow story that speaks volumes with what is shown scene after scene. Having a female co-write the story– another radical move in a country like Iran — really sends the message out there about what it’s like in Iran for women. Note that the film’s script won the Best Screenplay award at the Cannes Film Festival and was a nominee for the Palme d’Or. As an actor, Panahi acts like the silent observer as the story unfolds between Jafari and Marziyeh. The acting of Jafari and Marziyeh doesn’t really stand out in terms of grandiose performance, but their performances fit the story perfectly. The acting from the people playing the villagers added to the story and their characters were very believable.

3 Faces is a unique film that speaks volumes in its slow manner. 3 Faces is also a very radical film by a film maker who is already facing political persecution. It’s not just simply a film, but a courageous act.