Many expect this to be a benefit for the province but there are just as many drawbacks that could happen too. 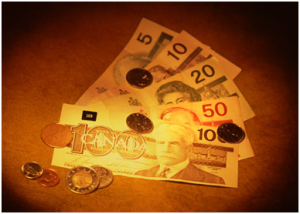 Just days after Christy Clark was sworn into office as the new Premier of British Columbia, she starts her reign by announcing that British Columbia will have an increase in the minimum wage. For around ten years, the minimum wage has stood still at $8/hour: the lowest rate in Canada. This especially doesn’t fare well in the Canadian province with the highest cost of living. Clark announced that the wage will be increased in 75-cent increments starting May 2011 to an eventual $10.25 come 2012.

The raise has had a lot of mixed reactions. For many, it’s looked upon as a positive thing. As I mentioned earlier, BC has the highest cost of living of any province in Canada. The $8/hour was the highest in Canada at the time it was set (May 2000) and has now dropped to the lowest. Many have called the low minimum wage an embarrassment for the province. The plan from Christy is to start the raise in May 2011 to $8.75/hour, increase to $9.50 in November and finally $10.25 come May 2012. That would place it equal with Ontario as having the highest minimum wage amongst Canadian provinces. The highest minimum wage including territories is Nunavut with $11/hour.

Since her declaration, there have been many opinions from people from all sides. Some say this is finally a good move for BC. Some claimed that this was an NDP idea she stole. Some say this is happening too much too late. Some are also questioning if this is a difficult move, epsecially during an economic recession.

For every action, there are both positive and negative reactions. First the positive. For one thing, it will make life more livable for many BC workers who already deal with the minimum wage. BC, especially in Vancouver, has the highest cost of living based on provincial averages. Greater Vancouver alone has the highest housing prices in Canada. Gas prices are already at $1.30/litre. Vancouver has one of the worst child poverty rates in Canada. Already there’s talk of food prices going up worldwide. An increase to the minimum wage will help make life a bit easier for those trying to make ends meet in their own standard of living. It’s definitely not a solve-all but it does help. Also some argue that it could boost small businesses rather than hurt. With an increase in the minimum wage, it can mean businesses can have more customers. One economist even said that people with money generally spend in small businesses.

One downside is that this could mean an increase in the prices of goods and services. I know that from when I worked in a restaurant in Manitoba, they had to raise the food prices because of the minimum wage increase. Also with the raise in the minimum wage comes the risk of some smaller businesses cutting some jobs to pay the wages. Already a lot of businesses, especially restaurants, have already been hit hard by the HST and with the tough new anti-drinking and driving laws. Even though I mentioned one economist saying that those with money tend to spend in small businesses, that’s not a complete guarantee they’ll prosper significantly. There’s even a possibility that the already-difficult cost of living in British Columbia could increase along with it. Another of Clark’s claims is that the cost of living would not increase dramatically. With the increase in the minimum wage, it’s a 50/50 risk that it may or may not.

As stated, the first raise of the minimum wage begins in May 2011. The changes, whether positive or negative, will forecast whether BC is moving in a positive or negative economic direction. The minimum wage changes will also show if businesses are meeting supply and demand to keep their employees with the wage increases. This is a smart move for Christy Clark–her first move as premier of BC—but only time will tell if this is a smartly timed move for her.