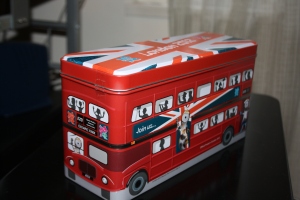 -Ryan Lochte/USA – Swimming: A lot of attention is focused on Michael Phelps ending his legendary Olympic career with a bang. However Ryan Lochte is one swimmer that could steal the show from Phelps. Like Phelps, he also qualified for four individual events. Unlink Phelps, he’s the one this time around with his face on more magazine covers than any Olympic athlete. Here in London, he will attempt to defend his 200m backstroke title and rival Phelps in both individual medley events. Actually Lochte has an advantage over Phelps as he holds the world record in the 200 and finished ahead of Phelps in the 400 at the Olympic Trials. Looks as though London may not only be the last hurrah for Phelps but also a possible changing of the guard with Lochte. It will all be decided in the London Aquatics Centre.

-Kosuke Kitajima/Japan – Swimming: There’s a lot of talk of Michael Phelps threepeating in four events. The thing is he may not become the first male swimmer to do so. That could be Japan’s breaststroker Kosuke Kitajima. Kitajima has already won both the 100m and 200m breaststroke events in both 2004 and 2008, making him one of only six swimmers to achieve a ‘double-double’ in swimming. 2011 was a difficult year for Kitajima as he only won a single bronze medal at last year’s Worlds. Nevertheless this year has seen him return to his winning form as he has the world’s fastest time in both the 100 and 200. But don’t think another double here is going to be easy for him. The 200 will be his toughest challenge as he will face the rivalry of Hungary’s Daniel Gyurta and his teammate Ryo Tateishi who’s best time of the year is just .17 seconds behind Kitajima’s. Nevertheless Kitajima trying to be the first to achieve a ‘triple-double’ in swimming should prove to be exciting.

-Kenenisa Bekele/Ethiopia – Track and Field: This Olympics seems like to be one where a lot of events have a chance of a threepeat happening. Track and field also has the potential of some threepeats: Jamaica’s Veronica Campbell in the women’s 200m, Isinbaeva in women’s pole vault, Norway’s Andreas Thorkildsen in men’s javelin and Ethiopia’s Kenenisa Bekele in the men’s 10000m. Bekele has had a stellar running career ever since he burst on the scene back in 2003. He holds the world records in both the 5000m and 10000m, has won a total of five World Championships and has won three Olympic gold and one silver. Beijing was especially stellar as he performed the 5000-10000 double. However 2011 was not a kind year for Bekele as he sat the year out with injuries. He has since regained his old form and has posted the third-fastest 10000 time in the world this year only less than a second behind the fastest. Will a threepeat happen here? Mark your calendars August 4th and tune in.

-Allyson Felix/USA – Track and Field: Allyson Felix is one of the best 200m runners ever but she’s still missing that Olympic gold in that event. She first burst onto the scene back at the 2004 when she won a silver medal in the 200 at the age of 18. She also set a world junior record upon winning that medal. The following year she won the 200m at the World Championships becoming the youngest sprinter ever to do so. She repeated as World Champion in the 200 in 2007. However she again won Olympic silver in 2008 finishing second again to Jamaica’s Veronica Campbell-Brown. She did however win a gold as part of the USA’s 4*400m relay. Nevertheless she’s still chasing down that elusive 200m gold here in London. Last year was a bit of a shock for her as it was the first World Championships since 2003 where she didn’t win the 200m, finishing 3rd. However she’s run the world’s fastest 200m time this year–4/10 of a second faster than the second-fastest–and she’s the heavy favorite to win that event. She also will compete in the 100m here in London where she actually finished in a tie for third at the Olympic trials with Jeneba Tarmoh. Although Felix was the one who got the birth, both will compete in the 4*100 relay. Nevertheless it’s the 200m that will be the big focus for her. Will her time finally have come? Her fate will be decided August 8th.

-Kerri Walsh and Misty May-Treanor/USA – Beach Volleyball: It’s not just individual events where threepeats could happen here in London. There are some team events too. The beach volleyball duo of Walsh and May-Treanor could do just that. Both women started as indoor volleyball players. May-Treanor switched to beach volleyball in 1999 she teamed up with Holly McPeak and finished 5th at the 2000 Olympics. At those same games Walsh was part of the USA’s indoor volleyball team where the US finished 4th. Soon after Walsh switched to beach volleyball, was paired to May-Treanor, and the rest is history. Actually it started slow with a 9th place finish at the 2001 World Championships. Since then it was a legendary pair in the making with three world Championships and Olympic victories in 2004 and 2008. Since Beijing they’ve had their difficulties. They lost their competitive edge in 2009 losing early in tournaments and May-Treanor badly injured her Achilles tendon not by playing or training but as a contestant on Dancing With The Stars. 2011 saw the two return to competition where they finished second at the World Championships to Brazilian pair Larissa and Julianna. They’re confident they can win in London. Will they do it or will it be a changing of the guard? It will all be decided at the Horse Guards Palace.

-Karen Cockburn – Trampolining: The trampolining event for both men and women have only been contested at the past three Olympics and Karen Cockburn has won a medal in all three: bonze in 2000, silver in 2004 and silver again in 2008. In 2011 she had to deal with both injury and illness which left her out of major competitions. She would finish fourth at the Worlds that year. Nevertheless she looks strong for London and is a medal favorite once again. Also keep an eye on another Canadian, Rosie MacLennan, as she won a silver at last year’s Worlds. London could be another triumph for Karen or a passing of the torch to Rosie. August 4th’s the date to decide it.

-Clara Hughes – Cycling: There are two Canadians that will have two of the most illustrious sports careers of the whole team. One is equestrian rider Ian Millar competing in his record-setting tenth Olympics. The other is Clara Hughes, competing in her sixth Olympic Games. She has won a Canadian record total of six medals in both cycling and speed skating. Her Olympic success in cycling came at the 1996 Atlanta games winning two bronzes. Her last Olympic appearance in cycling was in 2000 as she retired years later to focus on speed skating where she has won four Olympic medals including a gold in the 5000m in 2006. She was also selected to be Canada’s flag bearer at the opening ceremonies of the Vancouver 2010 Winter Olympics where she won her last speed skating medal, a bronze in the 5000m. Shortly after retiring from speed skating she made a return to cycling in November 2010. She will compete in the road race and the time trial. She is not favored in either event but both are events where even a non-favorite can be a winner. Whatever the results, it will make for another exciting moment for the 39 year-old’s exciting career.

TWO MORE FROM THE HOST COUNTRY:

-Paula Radcliffe – Marathon: Paula is one of the most respected British women in track and field competing here in London. However she is still searching for her first Olympic medal. Her first Olympic appearance was at the Atlanta Games in 1996 where she finished 5th in the 5000. She won her first World Championships medal in 1999 with a silver in the 10000. She would finish 4th in that event at the Sydney Games in 2000. After the 2000 Olympics she would have an incredible career in Marathon running winning both the London Marathon and the New York Marathon three times, winning the Chicago Marathon in 2002 and the World Championships Marathon in 2005. She also holds the world record in the marathon with her winning time at the 2003 London Marathon of 2:15:25. Olympic marathons have been bad luck for her as she competed in 2004 as the heavy favorite but dropped out because of injury. The injury also caused her to drop out of the 10000m. She competed in Beijing finishing 23rd in the marathon. Now 38, she has qualified for the Olympic marathon with a qualifying time at last year’s Berlin Marathon where she finished 3rd. This may be her last Olympics in an illustrious career. She has made mention that she’s trying to heal a foot injury. Win or lose, the whole nation will be behind her.

-Bradley Wiggins – Cycling: British cyclists have some of the biggest Olympic feats ever. Chris Hoy, who will be the flagbearer for Britain at the Opening Ceremonies, is one of two cyclists to win four golds. The other being Dutchwoman Leontien van Moorsel. Bradley Wiggins is the only other cyclist besides van Moorsel to win six Olympic medals. He’s also the second British athlete besides rower Steven Redgrave to win six Olympic medals. All of Wiggins’ previous medals have been in track cycling. Here in London he will compete in the two road events: the road race and the time trial. He has a lot of potential to set new medal-winning records there especially after he just won the Tour de France last week. A lot of excitement awaits. Oh, as for Hoy, he will be competing in one event: the team sprint.

AND ONE MORE TEAM:

-Great Britain Men’s Soccer Team: Interesting to know that FIFA recognizes England, Scotland, Wales and Northern Ireland as their own nations and can field their own ‘national’ team for events like the World Cup. The International Olympic Committee thinks otherwise and will only recognize Great Britain as a nation. Great Britain has qualified a soccer team in eight previous Olympic Games, winning gold in 1908 and 1912. The last time the British soccer team appeared at the Olympics was in 1960. With Great Britain hosting the 2012 Olympics, there was to be a British team in the soccer tournament as host nation. Even Prime Minister Gordon Brown suggested in 2008 that a Great Britain team was ‘vital’. However the Scottish, Welsh and Northern Irish football associations first refused feeling it might affect their status with FIFA. FIFA gave a May 2009 deadline to settle the row. The three dissenting associations said they would not participate in a unified UK team but would not prevent England form fielding a team under that banner. Jim Boyce, vice-president of FIFA and Englishman, steeped in and said non-English players have the legal right to be considered for Team GB. Anyways after years of association politicking, public opinion polls and words from politicians from all four countries, there is a Team GB in Olympic football. All but five of the players are English–the five that aren’t are Welsh– and they come from some of the UK’s best clubs like two from Manchester United, two from Tottenham Hotspur, two from Chelsea, one each from Arsenal and Liverpool, and three from Swansea City. Sports Illustrated predict them to win bronze. After all that politics, it’s time for them to play.

And there you have it. One last set of Olympians to watch in London. I wish I could tell you more how like Zara Phillips is following in the footsteps of her mother, Princess Anne, by competing in equestrian or Canadian canoer Mark Oldershaw who’s the fifth Oldershaw in three generations to paddle at the Olympics. However I better call it quits before I get the urge to write about any more Olympians to watch. In the meantime, let the seventeen days of drama, excitement and glory begin!