You’re probably wondering how do the berths at this World Cup get decided? Firstly, the number per continent is decided by FIFA. Often the continents with more berths have better prowess in women’s football. You’ll notice as North America and Asia have a bigger presence than at the men’s World Cup. So here’s the continental breakdown of the 24 berths at this year’s World Cup:

That’s how FIFA sets the Women’s World Cup for an even distribution among the continents. Now that it’s all explained, here’s the latest group in review. Funny thing is that it’s already being called a ‘group of death’ because of how all four teams have significant cred to themselves. Heck, what do three teams in the FIFA Top 10 tell you about this group? Without further ado, here’s my review, along with another stadium focus and a bonus where you can have a ball:

-United States (2): There’s no doubting the legacy the United States have in women’s football. While the men struggle to make it past the Round of 16, the   U.S. excel like no other country having won two World Cups–they’ve never finished worse than third at a Women’s World Cup– and Olympic gold in four of the five Games women’s soccer has been contested. They’ve churned out legends of their sport in the past like Kristine Lilly, Mia Hamm, Julie Foudy and Brandi Chastain and they continue to churn out current greats like Christie Rampone, Abby Wambach, Megan Rapinoe and Hope Solo.

The U.S. may excel like no other country but they’re not invincible. 1999 is the last year the women have won a World Cup. Even play this past year has shown their imperfections as they’ve lost to Brazil and France and tied against China and Canada. They’re not even guaranteed to finish top of their group as they lost to Sweden in their last meeting with them March of last year. Remember that they lost to Sweden in the Group Stage of Germany 2011. Even though Coach Jillian Ellis is hoping to lead them to their first World Cup in sixteen years, she will acknowledge this will be a tough group. If they’re all together here in Canada, they can do it. They do have what it takes.

-Australia (10): You know how the men are called the ‘Socceroos?’ The women are called the ‘Matildas!’ Australia’s women have competed in all but the first World Cup. They had very good success under the OFC as they competed in two Olympics and even earned a 5th place finish in 2004. Switching from the OFC to the AFC have helped them in terms of World Cup play as they were able to qualify for the quarterfinals for the first time back in 2007 and win the Asian Cup in 2010.

Australia is looking for its first big breakthrough on the world stage. However it will have to come with a fight. They’ve been playing very well against Asian teams but have struggled against teams from outside the AFC such as a 3-0 loss to England back in March. Their group chances also look questionable as they’ve lost their most recent meetings against Sweden and the U.S. and they’ve never played Nigeria before. Whatever the situation, this World Cup could be either new glory for Australia or another learning experience for the future.

-Sweden (5): If there’s one team that can prevent the U.S. from finishing atop Group D, it’s Sweden. They beat the U.S. in their last meeting. They also have a reputation of their own to match. Sure, their best Olympic finish is fourth and sure, Germany has hoarded all but one of the Women’s Euros. However they have finished in the Top 3 at three World Cups including third in 2011 and they’ve had many second and third place finishes at the Women’s Euro.

They’ve had a good play record since the least World Cup but it has been imperfect. This year they’ve had wins against Germany, China and Norway but they’ve also had losses to Germany, Brazil and Switzerland. Whatever the situation, Canada will be another proving point for them. They could just emerge the winners if they play right each time.

-Nigeria (33): Nigeria is one of only seven teams that have competed at ever Women’s World Cup. Clinching the African berth is a cinch for them. Just as the men have possibly the most illustrious success among African football teams, the women are consistently tops of Africa too. They’ve won the CAF Women’s Championship all but twice. They’ve even made the quarterfinals of both a World Cup and an Olympic Games once before.

However Nigeria has the difficulty of being in the toughest group. Yes, they have a good reputation but this is a tight group and they know they will have to be very tough against the U.S. and Sweden because they’ve beaten Nigeria very often in the past. One advantage is that they’ve never played Australia so that game can be a proving point for them. Whatever happens in Canada, I’m sure it will be a benefit to the Nigerian team either as a plus to their reputation or as an opportunity to learn more.

MY PREDICTION: This is the hardest group to decide all the places. First and second will be a toughie. I’ll take a risk and predict Sweden to finish first and the U.S. to finish second. I expect third to go to Nigeria. Predicting third was a toughie too.

Talk about name changes. The stadium was first named Frank Clair Stadium, then chanced to TD Place Stadium and will be known as Lansdowne Stadium due to FIFA’s orders.

The actual playing field dates back to the 1870’s. The first event stands were added in 1908. Lansdowne Park has gone through numerous ramps and revamps over time. It had played host to Ottawa’s CFL teams and college football teams as well as many concerts. However it wasn’t until September 2007 when the lower-south side was showing cracks in the concrete that it was clear a new stadium was needed. Unfortunately it could not be done until there were plans to return a CFL team to Ottawa; Ottawa lost their CFL team in 2005. An agreement was reached in 2008 to have a new CFL team for Ottawa once a new stadium was created. The ‘Design Lansdowne’ program was launched to construct a new stadium over Lansdowne Park. By July 2014, the stadium was completed and Ottawa was ready to welcome their new CFL team, the RedBlacks, in July. The new stadium is also home to Ottawa’s NASL team Ottawa Fury.

BALL FOR THE WORLD CUP: CONEXT15 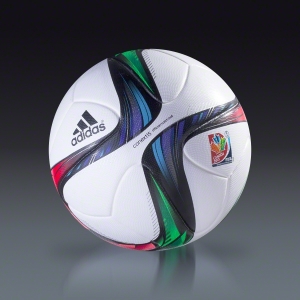 The Conext15 features a new design inspired by the three elements of nature: earth, wind and fire. The flowing green, red and blue design will reflect the perfect balance of the three natural forces. It will include many elements from the Brazuca, the ball from the 2014 World Cup, but will have an innovation of its own: designed for never-before-seen power, swerve and control. Its structural innovation is a unique symmetry of six identical panels alongside a different surface structure that provides improved grip, touch, stability and aerodynamics on the pitch. Guaranteed to be more player-friendly than the Jabulani of 2010, that’s for sure.

And there you go. My review of Group D and many more WWC bonuses. Just ten days to go and two more groups to review.