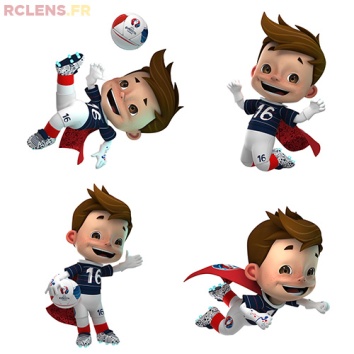 Euro 2016 has made headlines for a lot of good memorable play. It’s also made headlines for the worse for hooliganism from Russian and Croatian fans. However starting tomorrow, all 24 teams have one last game to play. Three teams have officially qualified, one is officially out and the other twenty are still relying on the last game to decide it all. Here’s the breakdown of the teams that made it and the teams still with one last chance. Note only teams guaranteed qualification have their names bolded.

Okay, it’s safe to say that by now, two wins guarantees you’ll be playing in the knockout round no matter what happens in the third game in any group. France is already guaranteed to move on after their wins against Switzerland and Albania. However they’re not guaranteed first place in the standings. Switzerland could take France’s top position away if they beat them. Chances are slim but still there. If Switzerland doesn’t win, they do have strong chances of finishing second despite what happens in the Romania-Albania game. Romania would need to have a win of at least 2-0 or 3-1 over Albania and Switzerland will have to endure nothing more than a loss to France if they can take second place in Group A.

Albania may have lost both of their games but they are not out. They still have a chance of qualifying if they defeat Romania. It will have to be nothing less than a win for Albania and even then they will have to wait until all the groups have finished and have all the third-placers ranked in order to determine the four that qualify. It’s what it all boils down to in this wildcard race.

This is unique because none of the teams in the group are guaranteed of qualifying. That’s a good thing because all four still have a chance leading up to their last matches on Monday, June 20th.England currently leads with a win and a draw with Wales and Slovakia with both a win and a loss. However they could drop to third place if Slovakia beats them and Wales beats Russia. I’m sure England wouldn’t want that embarrassment. Slovakia and Wales can qualify even if they draw Final results of who ranks where will have to be decided in the final game. One thing is certain: if Wales and Slovakia both win, draw or lose, Wales will have a higher ranking because of their win over Slovakia. Even if Wales lost to Russia on Monday, they would still have the advantage of finishing at least third.

Now onto Russia. Russia has had a lot of bad publicity because of their fans’ hooligan actions. UEFA has even dealt them a blow of a fine of 150,000. In addition, they face difficulty with their play as they sit with just a draw and a loss. Russia can still qualify but they will need nothing less than a win against Wales to do so.

Germany currently at the top is no surprise. Germany’s scoreless draw against Poland was to many. Except me because I anticipated them to draw: albeit a score of 1-1. No doubt about it, this is Poland’s best Euro especially since they achieved their first ever win. Germany leads Poland in goal differentials should both Germany and Poland win, lose or draw on Tuesday the 21st.Poland could still clinch the lead over Germany but they would have to win over Ukraine and Germany draw over Northern Ireland or Poland draw and Northern Ireland win. Northern Ireland will need nothing less than a win over Germany to rank second at the very least. They are guaranteed a third-place finish but they will have to rely on win-loss stats and goal differentials of the other third-place teams to see if they are one of the wildcard qualifiers.

As for Ukraine, it’s over. Even if they did win over Poland by even the hugest margin, their Euro 2016 trip will end Tuesday because their loss to Northern Ireland on Thursday put them in last place in Group C. For those that don’t know, head-to-head results override goal differentials at the UEFA Euro while it’s the opposite for the FIFA World Cup. That’s how things work here.

It’s official that Spain is advancing to the Round of 16. Their wins against Turkey and the Czech Republic solidified their chances. However they could still finish second in the group. That can happen if they lose to Croatia. Croatia sits in second with a win against Turkey and a draw to the Czech Republic. Croatia is comfortable enough that they’re guaranteed finishing third at least. A draw will give them second place. A loss could still keep them in second but it would have to be a small loss to keep them in second. They wouldn’t want the Czechs to win big against Turkey.

The Czech Republic will need a win if they are to advance. A draw will not cut it because of possibly falling short in the wildcard ranks. Meanwhile Turkey is not out either. A win will put them in third place with the possibility of qualifying. It will all be decided Tuesday the 21st.

It’s now official that Italy has guaranteed qualification to the Round of 16. Its wins against Belgium and Sweden assured them a spot in the next round. Actually Italy has been guaranteed first place because even if they lost to Ireland and Belgium won, they’d have the advantage over Belgium because of their 2-0 win. Belgium’s win over Ireland brought their chances back. They could still qualify if they drew against Sweden. However a loss could endanger their chances of qualifying. Simply put, Sweden and Ireland need nothing less than a win to qualify. A draw for either wouldn’t cut it.

Hungary is the team on top right now thanks to the group’s only win: against Austria 2-0. Every other match was a 1-1 or 0-0 draw. Hungary can still advance with a loss to Portugal because of their win over Austria. Iceland and Portugal have two draws but Iceland leads because they scored more. Already Iceland has their best team ever and they keep on breaking new ground each time, even if their two Euro games are 1-1 draws. I’ll bet Portugal was shocked to find out how good they were. Iceland would have to win over Austria in order to advance but Austria needs nothing less than a win over Iceland for their chances as they’re the one team with a loss. And it’s all chancy for Portugal. A win over Hungary will give them qualification but a draw will put them in the tricky wildcard category.

And there you go. That’s the team rundown before they play their final preliminary game. Just like in FIFA tournaments, the third games for each group will all be played simultaneously. Hey, it’s do or die.