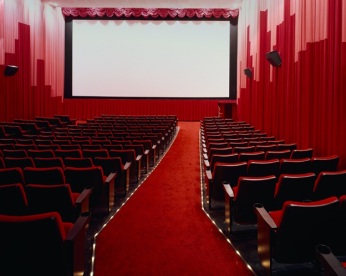 Just recently I published my review of the live-action shorts nominees of this year. Now’s my chance to publish my thoughts on the nominated animated shorts of this year. They range in variety from 2D artistic to primitive 2D to common 3D computer animated to 3D with a unique style. All five are excellent and unique in their unique way but who deserves to win?

–Bear Story (Chile): dirs. Gabriel Osorio Vargas and Pato Escala Pierart – It’s a story of a bear who misses his wife and son dearly. Every day he goes out on the street and shows a diorama show to those of the story of how he was abducted from them both and taken away to be part of the circus. The show also ends showing his hope that one day he will be reunited with them both.

The film is a sad story that touches your heart without trying to mess with it. It’s 3D animation but instead of the characters looking human, it comes looking like toy soldiers. I’m not too sure of the creative purpose of that. Nevertheless it does make for an entertaining short film.

–Prologue (UK): dirs. Richard Williams and Imogen Sutton – This is one film where there was a viewer discretion warning and advised minors to leave the theatre before it was shown. The film takes part 2,400 years in the past. A child watches a brutal war between two teams of Spartan and Athenian warriors.

This is the rawest nominated short I’ve ever seen ever since they’ve shown the shorts in theatres. The art is simplistic as it consists mostly of pencil drawings with very little coloring. However it merits a lot in terms of its artistry. It also tells a story in brutally relentless fashion even depicting the battles in gory manner. It’s very rare to see a short animated film that’s strictly adults only. It also made it refreshing to see such a short.

–Sanjay’s Super Team (USA): dirs: Sanjay Patel and Nicole Paradis Grindle – Sanjay loves watching the Super Team on television but his father is very insistent on a religious prayer habit, even at Sanjay’s young age. Right during the prayer ritual, Sanjay’s imagination comes alive. The gods he’s praying to form a Super Team of his own and they join Sanjay in the battle against a nemesis.

This is from Pixar and was the short before The Good Dinosaur. Director Sanjay Patel has an impressive resume working as an animator for Pixar in films like A Bug’s Life, Toy Story 2, the two Monsters movies, The Incredibles and Ratatouille. This film in which he co-directs is his directing debut. The film shows similar imagination to that of the Pixar team while also taking us into a brief but memorable time into an incredible fantasy world. Very good from start to finish. I predict it as my Should Win pick and Will Win pick.

–We Can’t Live Without Cosmos (Russia): dir. Konstantin Bronzit – Two childhood friends train to be cosmonauts in space. Only one will go off into space. The other will be the alternate or next in line if something bad happens to the first. One friend got picked. The other friend wishes him well on his voyage. However shortly after blast off, the friend disappears. The friend down on earth is unhappy. He can’t even adjust well to his alternate whom he doesn’t get along with at all. Actually the alternate can’t get along with anyone. The friend makes a decision to the surprise of many, and to us. It’s a decision we’re glad he made.

It’s a 2D film with a story that doesn’t need dialogue for us to get the messages. Over time we learn the story isn’t about trying to make it into space but about just how close the friendship is. The two train together and dream together. When his friend is lost into oblivion, his ambition to be the next in space disappears just like that. You can easily see why he made the decision to do what he did.

–World Of Tomorrow (UK) dir. Don Hirtzfeldt – The story begins with a toddler named Emily in a room. Out of nowhere comes a clone also named Emily who came from 227 years into the future back to the present. The adult Emily, ‘Emily Clone,’ tells the child Emily, ‘Emily Prime,’ of the human’s attempts to achieve immortality through cloning and showcasing the various worlds including the ‘Outernet’ and the various memories of the clone Emily. Very different and very unique.

This is another 2D short. The drawing is very simplistic. However it’s the story that’s the top quality of the film. We see a bizarre but unique story of Emily Clone and Emily Prime the future world and the future of Emily. The funniest element of the short is Emily Clone keeps on talking in her highly scientific speech and all Emily Prime does is just respond back in her childish gibberish. That adds to the humor of the short.

In conclusion I know I picked Sanjay’s Super Team as both my Should Win and Will Win choice. Normally I wouldn’t pick such a film to win but I find it hard to see any of the other four films try to top it. All five are excellent but I think Sanjay stands alone. I know World Of Tomorrow won the Annie Award but I have my feeling about Oscars voters. Mind you the shorts categories are some of the least predictable categories of the Oscars.

And there you go. My thoughts on the Oscar nominated Animated Shorts. Winner to be decided in two weeks.