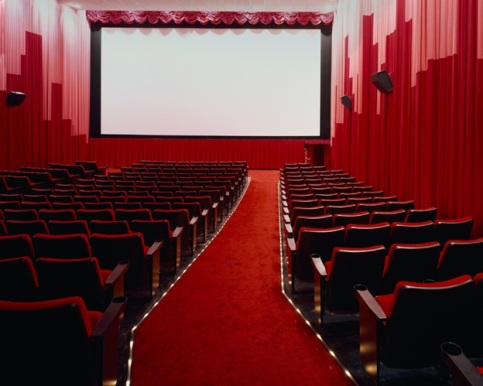 Once again, I had the luck to see the shorts nominated for the Oscars for Best Live-Action Short Film and Best Animated Short Film. All were entertaining in their own way and all showed the qualities of why they were nominated.

Anyways here are my thoughts on this year’s nominated shorts:

DeKalb Elementary: dir. Reed van Dyk – Today is supposed to be an ordinary day at an elementary school in the US, but a young man with an assault rifle comes in and threatens people. The receptionist tries deal one-on-one with him. She notices some mental instability and even some flaws in his thinking. She feels she can talk him into withdrawing his gun. She is able to talk with him, talk to law authorities, and get him to cooperate. In the end, the man is arrested and no one dies.

This is a remarkable story, especially since this is being shown during a time when a shooting incident in a Florida high school made headlines. It’s remarkable because it takes you there into the moment. You feel the intensity. Plus seeing in the film how brains win over brawn make this an incredible story to watch. That’s why this is my Will Win pick.

The Eleven O’Clock: dirs. Derin Seale & Josh Lawson  – A psychiatrist in 1980’s Australia has an appointment with a delusional mental patient who thinks he’s a psychiatrist. The doctor thinks he can handle it until he meets face to face with the patients. Soon it becomes an all-out verbal battle of madness and idiocies. Looks like he finally met his match.

For once, it’s nice to take a break from some of the more serious stuff and see something comedic. It was very enjoyable and can leave you hating the patient. However it has an appropriately bizarre ending where you’re left to wonder is he the doctor or the patient?

My Nephew Emmett: dir. Kevin Wilson Jr. – This is a depiction of what may have happened the night before the 1955 abduction and lynching of 14 year-old Chicago boy Emmett Till who was just staying with his uncle’s family in Money, Mississippi, but was a victim of racism instead. His murder and his alleged killer’s acquittal would play a part in the Civil Rights Movement.

This might be a fictional depiction of what happened before, but it was very good in sending the message that all Emmett Till was doing was being a typical 14 year-old boy. Having it from the uncle’s point of view is important as the uncle would be interviewed by the media shortly after. It does a very good job of storytelling from the uncle’s point of view as well as recapturing the moments as they happen.

The Silent Child: dirs. Chris Overton & Rachel Shenton – A rich family hires a tutor to help with their 4 year-old deaf daughter. The tutor works very well with the daughter and gets her to sign. The results are pleasing to the father and her siblings, but the mother has higher demands. It gets to the point the mother makes a questionable drastic choice for the daughter.

The story is very good. It also catches your intrigue whether the mother has these high demands because she has high expectations or because she’s trying to cover up a family secret? The story reminds us that the connection between the deaf child and the tutor is a bond we so easily forget about.

Watu Wote/ All Of Us: dirs. Katja Benrath & Tobias Rosen – This is based on a true story. This takes place on a bus trip close to the Kenyan-Somali border. Christians and Muslims travel in the same bus. All have animosity towards each other. One passenger, Jua, has a certain animosity towards Muslims. Her husband and child were killed by a Muslim. She lets the Islamic ‘teacher’ raising money for his student know it. Then the bus is attacked by the group Al-Shabaab. They demand that all Christians be brought forth, but the Muslims defend by quoting scriptures from the Koran to protect them. At the end, police arrive and the teacher is shot. Jua is the one looking after him as they drive to safety.

This is the only film not in the English language. This story may be the darkest of all the stories nominated, but it’s very thought-provoking and it sticks with you. It packs a lot in its 20 minutes of time. You can really feel the hurt in Jua and you’re surprised to see her compassion in the end. That’s why I make this my Should Win pick.

This year’s animated shorts made news of what was included and what was not included. Ever since In A Heartbeat, the animated short of boy meets boy, went viral on YouTube back in August, people predicted it would win the Oscar. Even though it made the shortlist of ten back in December, it did not get nominated. A shock to all fans of the short! As for those that did get nominated:

Dear Basketball: dirs. Glen Keane & Kobe Bryant – This is a pencil-and-paper style of animation drawn by Glen Keane, son of Family Circus cartoonist Bil Keane, and narrated by Kobe Bryant. It’s of the letter Kobe wrote to the sport of basketball upon his retirement.

The film is excellent in how it takes a simple style of animation and successfully makes the audience embrace the athlete’s story of passion. Excellently done. You’ll feel the heart and soul of the story within its four minutes. That’s why I choose this as my Will Win prediction.

Garden Party: dirs. Victor Caire & Gabriel Grapperon – This is funny. A bunch of frogs find themselves over at a mansion. They go around exploring and eating whatever comes their way. Then right as they make their way to the pool area, we learn it’s party time for all!

This is a fun humorous story. The events are slow, but they’re still fun to watch. They’re especially funny when the frogs accidentally find themselves in a mess. The ending is a complete surprise. Nevertheless the short is enjoyable from start to finish.

Lou: dirs. Dave Mullins & Diana Murray – This is the short shown before Cars 3. When kids come in from recess at an elementary school, you can guarantee there will be lots of things left behind. A certain ‘thing’ comes from the lost-and-found bin, which have its L, O and U missing, and gathers up all the stuff in the bin. The school bully J.J. steals the kids’ toys and it’s up for this thing to teach J.J. a lesson, and actually be a friend.

Negative Space: dirs. Max Porter & Ru Kuwahata – A son talks of how his father taught him how to pack and how it’s been passed on as a skill. The son reminisces about it at his father’s funeral.

This is an adaptation of a poem by Ron Koertge. This is a charming story with stop-motion animation. It has a humorous look at a story a son reflects around his father’s funeral. The story ends on a note one didn’t expect it to end on. Nevertheless it’s funny and it has its own unique charm.

Revolting Rhymes: dirs. Jakob Schuh & Jan Lachauer – This is done by the same studio that did the Gruffalo series. This time they return with a story of a babysitter meeting up with a wolf. There we learn the shocking truth of what happened to Little Red Riding Hood, Snow White, and The Three Little Pigs!

It’s a funny and charming short. Does get a bit confusing when you learn about these new ‘truths’ and even surprising when you learn some shocking things like the Seven Dwarfs’ gambling problem. Well-written, well-animated and very entertaining. That’s why I give it my Should Win pick.

And there’s my look at this year’s Oscar nominated short films. Lots of creativity and a lot of good storytelling. However the shorts are two of the hardest categories to predict the winner. The winners are often a surprise. Time will tell this Sunday.

One thought on “Oscars 2017 Shorts Review: Live-Action and Animation”